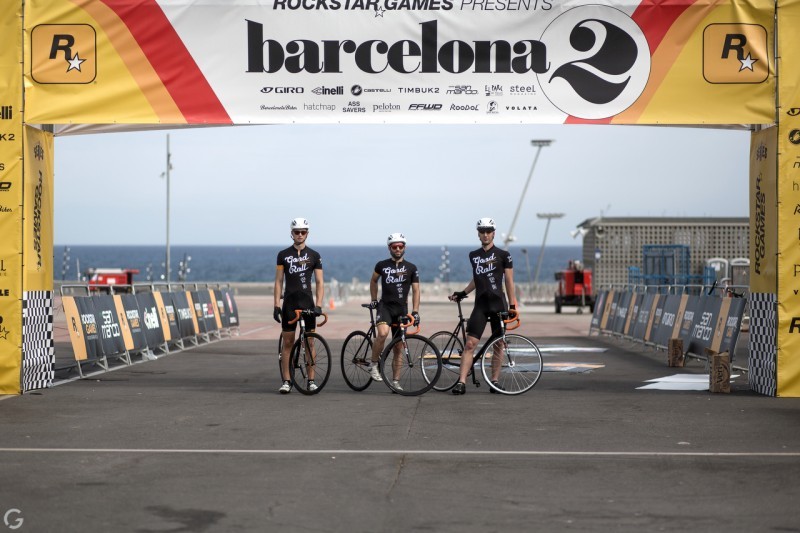 Red Hook Crit Championship Series held the second edition in Barcelona last Saturday 30th August and we were there to enjoy it. This event is promoted by Trimble Racing and is the main race on track bikes worldwide. The following lines are the story and the experience of our team, Good Times Roll Racing Team. Everything started back on January 2014 by a group of friends, our main of objective was taking part at the European locations of this Championship and so we did!

About the event: David Trimble and all his team are making a superb job with this race. It is not just the 40 minutes of racing, it is everything around, the result of working really hard on the idea that everyone should have a great time. It is all about building a community that meets every now and then at some different location over the world. In Barcelona almost all the riders stayed at a huge hostel – already arranged by the organization- which made really easy to meet people for riding the city the days before and get to know more riders.  A super cool pre-party was arranged with our friends from Dosnoventa at their headquarters and finally they selected another really suitable place for the race’s post-party, with plenty of room for each of the 250 riders and friends willing to attend.

Enjoying was exactly what we did the days before; we had some great time rolling on the main avenues of the city and along the harbor. Barceloneta, the old fishermen’s district, was our second home since one of the main meeting points was the shop and workshop Barceloneta Bikes (thanks for the last time bike checks).  There was also a track day organized by Pista BCN at the Olympic velodrome, we were so sorry that we missed it,  it was the same day of our arrival, but we have heard it was a blast. We are pretty amazed how all the main players within the Fixed Gear community in the city organized themselves to provide help and activities on what they know doing best. 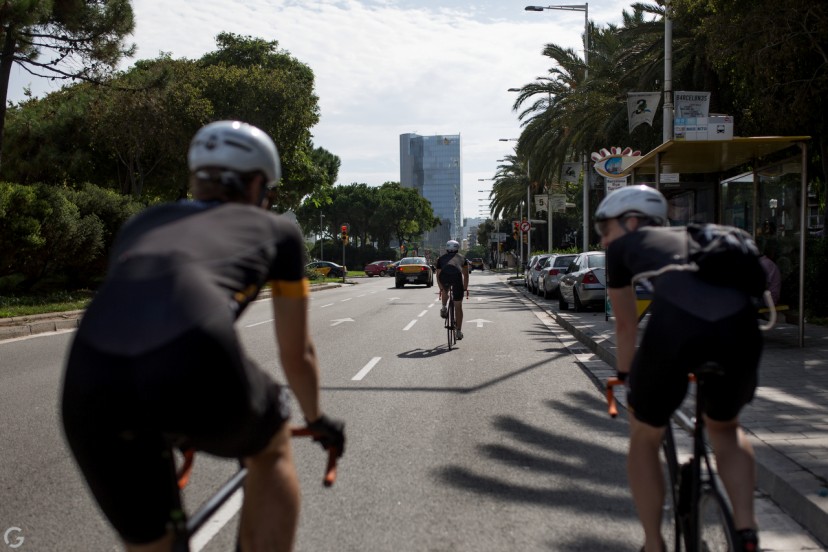 All pics by Constantin Gerlach 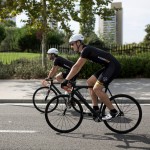 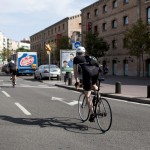 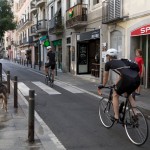 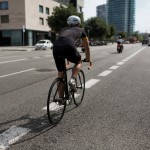 Returning to what it is all about:  the race. For our recently built team it was a learning experience, most of all.  The odds of cashing are really high, this race is physical, but you need to save some energy to think and control your environment to minimize the possibilities of touching the hard and rough floor, and we learnt that. Nils crashed in the qualifications and got to the Last Chance race. He couldn’t make it, but he had a terrific experience on a real race environment. Sam and Carlos got to the start group, in the middle-back part though. The truth is, if you get into the group where the fastest guys are, it is easier for an average rider to get a better position, in the first qualification groups you are on your own to get your fastest lap. 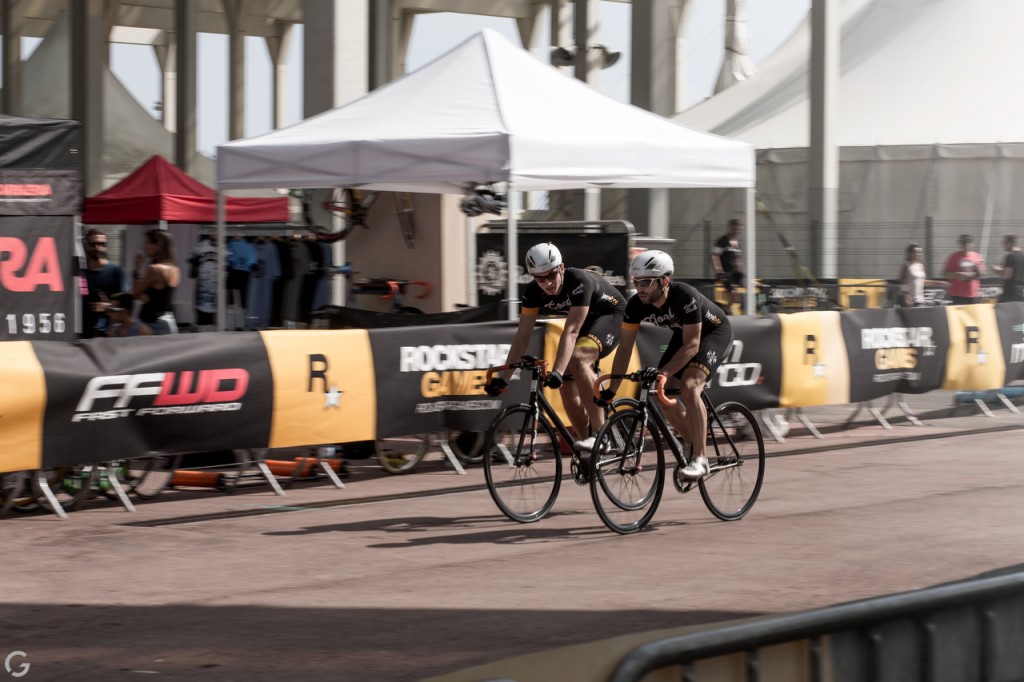 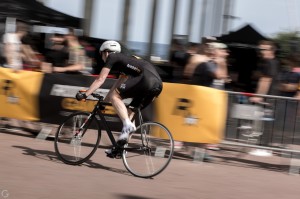 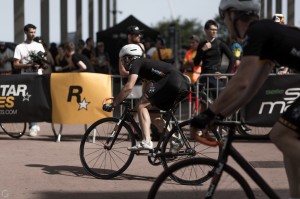 The start bell rang and Carlos got from the 64th place to near the 50th just in the first 50m and got the way to the middle group. Sam started at the 55th and jumped on his back to pass him as soon as it was possible. Some laps later a terrible mess of bikes stood on the floor of one of the fastest corners, Sam got over it but a rider besides him could not and pushed him to the safety-fence, their race was over. No excuses, next time Sam would be more cautious!

Carlos continued in the middle group on a comfortable speed and stayed there for the whole race, with Tommasso Nolli tired of carrying the pressure of making pace, he neutralized one of the most dramatic cuts in that group, again caused by another crash. He finished the race on 45th position. On the last laps some warning flags were raised, it really got the whole group a little bit confused, slowing down the pace, then the buzz of the motorbike in the back created a tense moment in the very last lap. 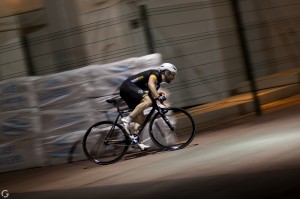 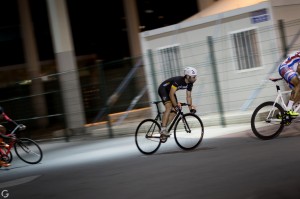 Finally, about the race format, combining all the pieces to build a race enjoyed by the fans and the crowd; where pros, amateurs and newcomers could have their own race experience is definitely not an easy thing and the Red Hook has made it. I am just wondering which will be the format designs for future events, the start-line is getting full of pros (Edit: by PRO we mean people performing on a superior level, not  the common meaning of a “professional” making a living from cycling)  right now that is a teaser for the less trained riders but could end up being a downer after some editions.

Congratulations to all the participants and specially to the winners Julio Padilla and Ainara Elbusto.

We would like to end up this review, sending our greetings to people who were there with us in one way or another: Constantin Gerlach Photography, Barceloneta Bikes, Dosnoventa, Mianzi Rei, Alex Kummer, Steffan Shot (8Bar) , FixedPott guys and finally David Trimble, the organization team and the volunteers.

All pics in this review were made by Constantin Gerlach. Thanks bro! 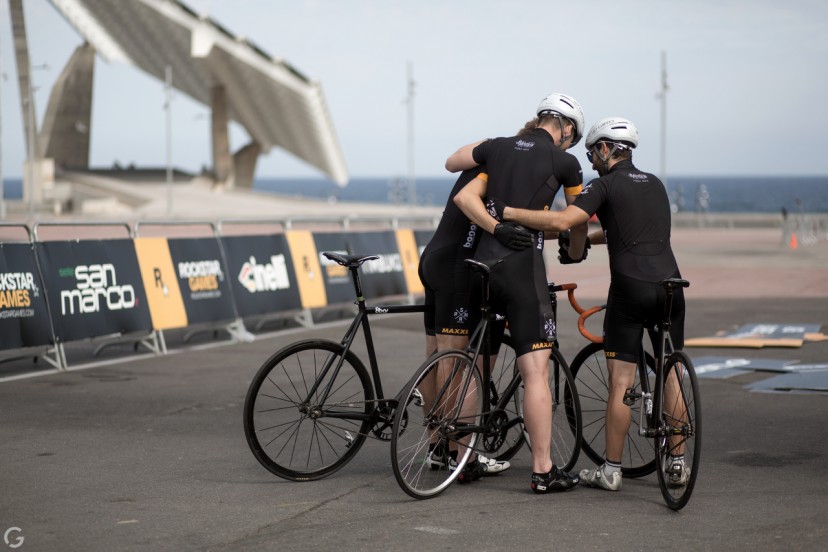