Friday the 11th of October, 10pm. After about 11 hours in our car we were close to Milano, the place to be on that weekend. At least for everyone who rides bikes fixed and brakeless and likes yelling at a horde of insane speedfreaks racing through the night. 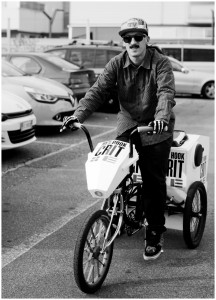 I told you before, and I keep on repeating:”Red Hook Finals 2013” in Milano was a huge blast for us, worth driving 2000km, worth getting stuck in traffic jams, worth paying 6€ for a small beer and worth leaving the girls at home. 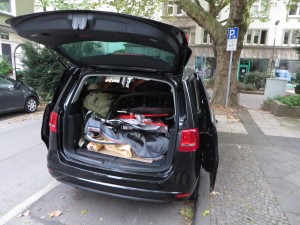 The guys (Usl, Sam and Volt-cyClothing founder Phil) and me hit the road in the early Friday morning, not knowing that the whole day would be needed to reach our goal, a small flat in Milano, approx. 2km from the Red Hook Course. But finally after almost 12 hours (the traffic jam problem) in the rented car we got there, unpacked the stuff, assembled our rides and hit the road to take part in the opening-party (which was just 400m away – but the good ones always go by bike) which was hosted by the guys from Deus Ex Machina.  All the free beer was already gone down the throats of obviously thirsty guys and lads (followed by the 6€-for-a-small-beer-thing), but we had fun anyways. 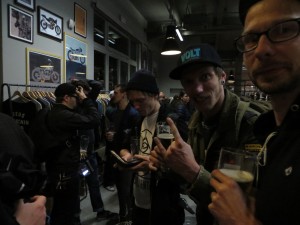 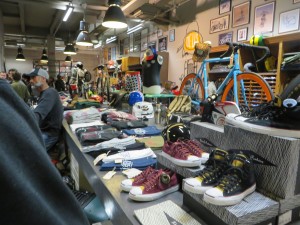 I enjoyed it a lot sneak-peaking the 2013 Milano-Winner-Bike and the Cinelli Hobo, meeting some of the guys I already met during the Red Hook in Barca this august (Team 8bar, Chris from Optimus Fixed and and and and…..and) and getting myself an autograph of Mr. Cinelli himself, Antonio Colombo (call me a Groupie!). Because of the hours in car, the expensive beer and the fact, that Sam was about to take part in the race the next day, we decided to leave to get us a real Italian pizza and some hours of sleep….and maybe another 6€-small-beer. 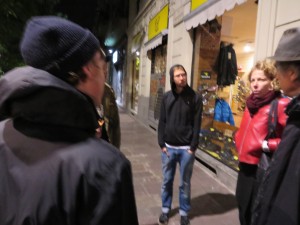 The next day started with a small breakfast in our flat before we left for the market to get some bananas for Sam and do a little sightseeing in cold, rainy Milano to take a look at the Vigorelli Velodrom….which was actually closed, and the Masi Shop….which was also  closed.Then back home, taking a small nap, just to hit the road again. Goal: The Red Hook Circuit. 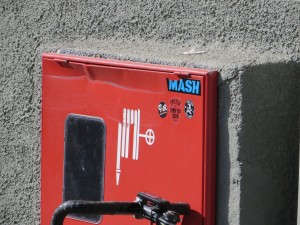 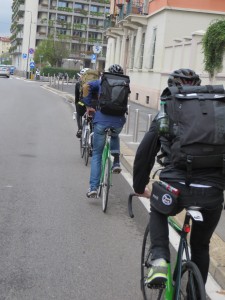 We reached it, alive, all of us, which was quite  a surprise, regarding the Italian way of driving cars or better fighting their way through other Italians fighting. But when you just try to act the same way, yelling at everyone, ignoring traffic signs and anything around you, you´ll reach any goal you are looking for. 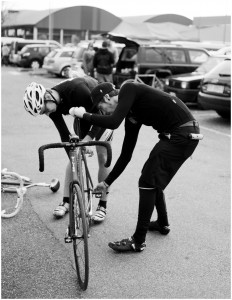 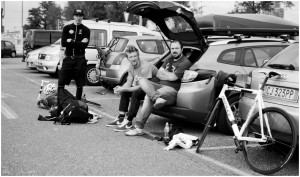 After meeting with our buddies from Team Fixedpott and going through the registration-process Sam and them took their rides and went out on the course to get a first feeling for it. After a few rounds they decided to change their gearing and took a last break to get into “race-mode”. 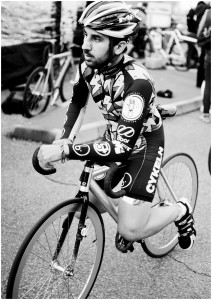 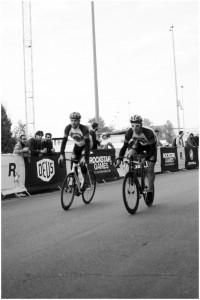 Finally the qualifying started. The first group made their run and was dominated by Julian Ludorf (Team Fixedpott) who nailed the course with a fantastic time. At last he was placed 5thafter all q-groups finished. Sam started in the 2nd group and gave all he got, but finally it wasn´t enough and he was about 0,5 seconds out the cut. Same for Thatchai (Fixedpott). After the 3rdqualifying, the sun went down and the light went out. 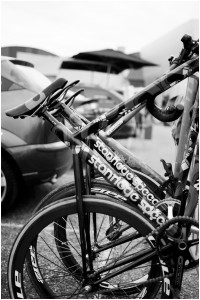 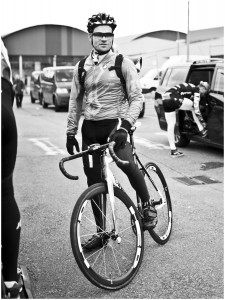 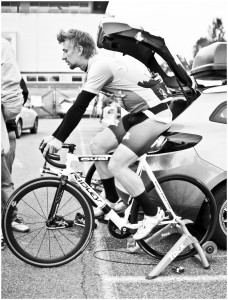 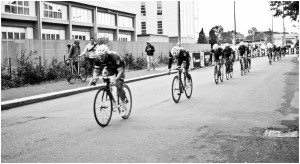 Unfortunately the night before has been a huge storm, which caused an electrical breakdown in parts of Milano and everyone on the racetrack recognized: They didn´t fixed it. So most of the circuit was dark as hell and the 4th group of qualifiers had to wait almost an hour, before they had enough cars together to light up the scene and send the guys out on track. As everyone expected the last group was the fastest with all the top teams (Mash SF, Stanridge Speed etc.) and the 2013 Barcelona Winner Stefan Vis, who was involved in a bad crash, breaking his fork in two and causing another “red flag” for 10 minutes. 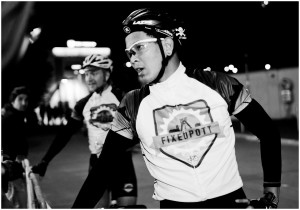 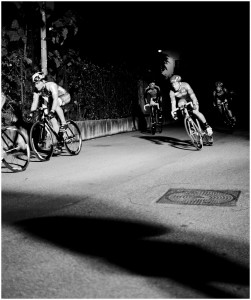 After the restart the riders made their last rounds and the 85 starters for the race were selected. Stefan, Julian and Jan from Team Fixedpott made the cut (congrats!!!) and got prepared for the Race which started with a small delay, still most of the circuit with no lights but also with a crowd of yelling fanatics, pushing the riders through 24 rounds of pure speed. 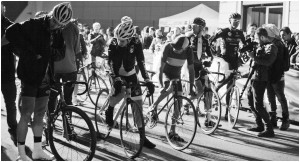 The race itself went well, with a couple of (harmless) crashes and a really fast pace. Jan and Julian lost connection to the leading group, surprised by the speed during the race and both unfortunately did not finish the race. Only Stefan made it through all the 24 laps, finishing 34th(best german rider). At this point I have to give it up for the 5 guys from the ruhr-area, all of them started for the first time in such a big event and all of them did a well job….so big up!!!! 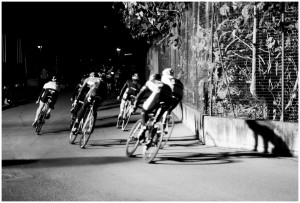 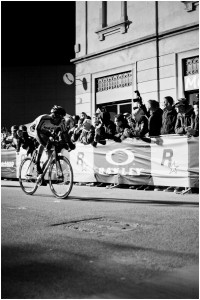 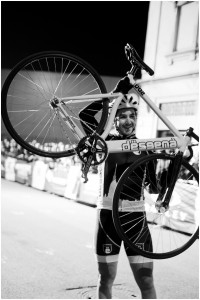 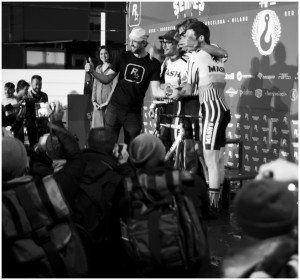 At the end, Eduard Grosu won the final sprint and the race, a blink of an eye before Evan Murphy and the over-all series winner Neil Bezdek. Mash SF was the best team in 2013. And all of the riders made it to the after-race party. 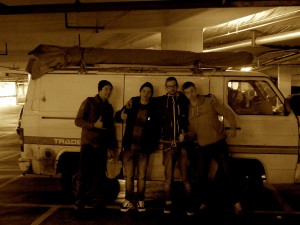